The recent Supreme Court judgement of JUSTICE K S PUTTASWAMY (RETD.) versus UNION OF INDIA (the “Judgement”) has established that the right to privacy is a fundamental right guaranteed to every citizen of India, under the Constitution. In analysing the issue, the bench delves into the various facets of an Indian citizen’ life, attempting to understand how privacy can be protected in each of them. One such facet is the digital world, wherein each citizen is spending more time on the internet, providing and exchanging information with one another and with service providers. This in turn has resulted in the Internet becoming a repository of personal information, with a large amount of personally identifiable information (the “PII”) of the various users being inputted, generated and stored on the Internet. Protecting every citizen’s privacy thus involves protecting the PII available on the internet against unauthorised access and/or use. 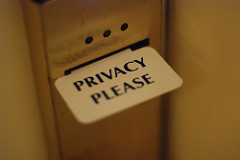 However, the above requirement was recognised by the Government in 2011. At this time, the Government released the Information Technology (Reasonable Security Practices and Procedures and Sensitive Personal Data or Information) Rules, 2011 (hereinafter the “RSP Rules”), under the Information Technology Act, 2000. These Rules defined the meaning and scope of sensitive personal information, regulated how such information can be collected and used by service providers/intermediaries, imposed limits of confidentiality on the holders of such data, and required the service providers/intermediaries to take the permission of its users/customers before collecting such information. Simultaneously with the Rules, the Government has been working on a more detailed and elaborate Data Privacy Law, with the most recent iteration of this proposed law being the Data (Privacy and Protection) Bill, 2017 (the “Bill”). Thus, there currently exist 3 different sources of data privacy law in India – a legally binding 9-bench Supreme Court judgement, the existing Rules, and the proposed Bill. In such a situation, it is pertinent to analyse each of them to understand the requirements of each, and to determine if there is any interplay and/or overlap between these various sources. The RSP Rules The RSP Rules have wide applicability, affecting any kind of entity dealing in electronic information (whether for commercial purposes or not). The RSP Rules have their genesis in S. 43A of the IT Act. This section places explicit importance on data security and protection, by imposing a fine of up to INR 5,00,00,000/- (Rupees Five Crores only) on any entity that handles or stores sensitive personal information, but fails to implement reasonable security practices to protect that information. The RSP Rules lend clarity to the section, by detailing what sensitive personal information consists, and elaborating on the security practices and procedures to be followed by the holders of the PII. Under the RSP Rules, sensitive personal information is any information that is personally identifiable, and may consist of data such as the person’s password, financial information, sexual orientation and medical history, among others. With respect to the security practices and procedures to be followed, the RSP Rules law down multiple guidelines and policies that form the basis of most of the Privacy Policies and Term of Use that we see on websites and applications in India today. This is to ensure that the customers and information providers are fully aware of every activity that the holders of the information carry out. As per the RSP Rules, the information holders are required to publish the exact details regarding what specific PII is being collected, why it is being collected, how the PII is going to be used, how long it is going to be held for, and which third parties are going to be given access to the PII. The information holders are also required to give the customers the option to opt out of the information sharing at any point, pursuant to which they must destroy the PII. The RSP Rules also mandate the presence of a “Grievance Officer”, to address the discrepancies and grievances of the customers with respect to any PII that they have provided. The details of this Grievance Officer are required to be uploaded and available on the website/application, and the Grievance Officer is required to resolve disputes within one month from the date of receipt, ensuring quick redressal. However, no mechanism for escalating the matter further or appealing the decision of the Grievance Officer has been provided. This is strange considering the nature and importance of the information being dealt with, and that the Grievance Officer is often an employee of the company (and not an independent third party). Finally, the RSP Rules require the information holder to document and implement detailed security practices and procedures in line with the International Standard IS/ISO/IEC 27001. These practices are geared towards maintaining the security and integrity of the information/data storage system against third party hacks or threats, and for informing the customers about the information holder’s reaction in the event of a security breach. The Judgement The Judgement deals with digital information and data privacy under Part S. While discussing the proliferation of digital data and the internet, the judges recognise the need for protecting every citizen’s right to privacy in this sphere as well. Since fundamental rights are inalienable rights available to citizens against the State, the initial discussion revolves around protecting citizens against unjust and undue State surveillance on digital platforms, which allows the State to access PII and keep track of every citizen’s digital footprint. In this context, the judges note that while protecting the right to privacy as a fundamental right is of paramount importance, like every other fundamental right, it too is subject to reasonable restrictions imposed by the State. Each such reasonable restriction is required to fulfil three criteria: i. A law must permit such restriction, and prescribe the procedure to be followed by the State for imposing the same; ii.A just cause – this can range from national security (cyber-terrorism) to ensuring the fulfilment of social welfare schemes; and iii. The measures prescribed for achieving the cause must be proportionate. After the above, the Judgement moves to discussing the protection of citizen’s privacy on digital platforms, against other citizens/third-parties. It is well-documented that the threats from hacks and/or viruses can be severe, and third-parties can use hacks to break into computer systems and steal the PII of other individuals. To add to the problem, hackers can enter and exit systems undetected, leaving the owner of the PII without any knowledge of the fact that his/her information has been stolen. Thus, in order to ensure the general security of digital platforms, and to ensure that PII is treated in a responsible manner, the judgement lays down nine principles/standards to be followed by every data controller/holder of third-party’s PII:

On a comparison of the above principles with the requirements laid down under the RSP Rules, it is clear that there are no differences. The RSP Rules already cover each of these stipulations in detail, and the judgement does not seem to be adding anything new to the digital data privacy and protection regime in India. The Bill The Bill aims to create a separate Data protection and privacy law in India. It aims to define and protect the right to digital privacy in India, by providing for protective measures and penalties/legal recourse for non-compliance, in a manner that is more detailed than that already captured in the RSP Rules. The Bill applies to the whole of India, and like the IT Act, contains a specific provision for bringing offences committed outside India (but against a computer system located in India) under the jurisdiction of the Bill. This is an important requirement, as it takes into account the possibility of a hacker being present outside while performing any breaches under the Bill. Additionally, it is explicitly stated that the Bill shall apply to both State/Government and private agencies when it comes to dealing with personal information. In general, the requirements regarding data collection from users, notice to users, usage of the data, transfer of data, necessity of consent, and the power of the users to request the deletion of any data, are the same as captured in the RSP Rules and the Judgement. The Bill also puts the responsibility and liability of adhering to the standards in a transparent manner, on the data controller/collector. Where the Bill differs from existing law, is in the creation of a Data Privacy Authority (“DPA”), and the stringent penalties and liabilities that may be imposed on any non-compliant individual and/or organisation. The DPA gets jurisdiction over any complaints made by users or data controllers with respect to any contravention under the Bill, if such complaint has not been addressed satisfactorily by the internal Data Protection Officer of the data controlling entity. The DPA can also initiate suo-motu investigations against any data controllers/processors, and all appeals against decisions of the DPA are to be referred to the Telecom Disputes Settlement Appellate Tribunal. With respect to penalties and offences, the Bill stipulates that any person/organization handling PII, but not in compliance with the requirements of the Bill, will be punishable with imprisonment (up to 5 years) and fine (extendable up to INR 50,000/-). In cases of unauthorised disclosure, sharing and/or transfer of PII (in contravention to the notice provided to the users), the imprisonment is extendable up to 10 years, and the fine extendable up to INR 1,00,000/-. Additionally, if any customers have been subject to profiling or harassment of any kind, on the basis of the PII collected by them, then the data controllers will be required to compensate them for the financial and mental loss suffered in such a situation as well. The Bill provides for one more stipulation, not present in any existing law. The Bill legally authorizes the Central Government to carry out surveillance activities and/or investigations by accesing and/or using the PII of internet users in India. Specific authorised officers are required to carry out the surveillance, and on discovering any information that may constitute a threat to the sovereignty or security of the nation, are required to forward the same to intelligence agencies in the Government. The time period of any such surveillance, along with the necessity of the same, and the kind of information that may be collected, are all required to be specified. Finally, such information cannot be stored for a period of one year from the date of collection, unless an extension is granted by the Central Government. Conclusion While the data privacy and protection law in India currently stands at that already stipulated under the RSP Rules, the passing of the Bill (or any updated version of the same) could bring significant changes to the same. The Bill is far more detailed and provides greater protection and privacy by way of its requirements for the creation of the DPA and the imposition of stringent penalties. Having a formal grievance redressal mechanism in place, along with the disincentive of imprisonment and hefty fines, will certainly add more teeth to a legislation that is growing in importance. What remains to be seen, is how long the parliament actually takes to enact and formalise this law. Author: Madhav Rangrass is an Associate with NovoJuris Legal