With new inventions come new questions. We are in the process of protecting the design of a drone and here’s our experience.

The Defence Research and Development Organisation (“DRDO”) was set up with a view to make India self-sufficient by establishing world class science and technology base and to provide an edge to the defence services. The DRDP collaborates regularly with different institutions and bodies engaged in research and development. In this article, we will discuss the areas in which the vision of DRDO comes into conflict with the rights of private parties to protect and enforce their intellectual properties. [caption id=attachment_926 align=aligncenter width=300] 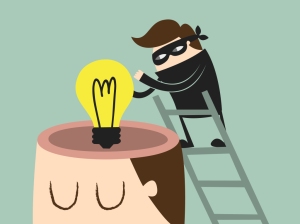 The legislation dealing with all matters regarding granting of patents to individuals and other entities is the Indian Patent Act, 1970. This statute describes the inventions, which are excluded from protection. Chapter VII (Sections 35 to 42) of the legislation deals with the provisions for secrecy of certain invention. The Act states that any person resident in India is not allowed to apply for grant of patent for any invention for which he has not obtained the written permission of the Controller of Patents. The Controller is required to obtain consent of the Central Government before granting such permission for invention relevant for defense purpose / atomic energy. The application is to be disposed of within 3 months. Alternately, the patent application for the same invention should have been first filed in India at least six weeks before the application outside India and there is no direction passed under Section 35 for prohibiting / restricting publication / communication of information relating to invention. Secrecy provisions apply to any inventions which the authorities may deem as relevant for the purposes of Defence. For the duration the secrecy directions are applicable, a patent may not be granted and details of the invention may not be publicly disclosed. There is no appeal available to the applicant from an order under this chapter and all orders by the Central Government shall be final and binding, and may not be called into question in any court of law. It is noteworthy that patent law in India operates in the context of the global scheme under the PCT and the Paris Convention. These schemes make it convenient for Indian residents to file foreign applications, whereby publication outside India may occur even before the application is filed in India. Section 39 of the Indian Patent Act protects against this possibility and ensures that the Controller get sufficient information about all inventions before an application may be made outside India.

Similarly, Section 46 of the Design Act, 2000 contains the security related provisions. Mirroring the intent in Chapter VII of the Indian Patent Act, this provision also carries broad powers to deny the granting of a design right by the Controller in case of he considers the design or its application as prejudicial to the interests of security of the country. This right may be used by the Controller retrospectively as well on any design already registered. The Act goes on to define the scope of security of India and brings within its scope any design to an article used in war, or applied directly or indirectly for the purposes of military establishment or for the purposes of war or other emergency in international relations.

The intent from these provisions is to clearly grant wide and far reaching powers to the authorities to pass such orders as they deem fit where any patent or design may seen to be in any threatening to the security of the country. While it is natural that broad powers may be granted where the national security is concerned, however, the legislations lack from provisions which would clearly define the process and stipulated time period within which these decisions are taken. Once an objection has been raised, a process allowing the applicant to provide his reasoning and justifications, and clearly defined timelines within which the Controller may take decisions will go a long way in providing relief to the applicants. Author: Amber Sinha